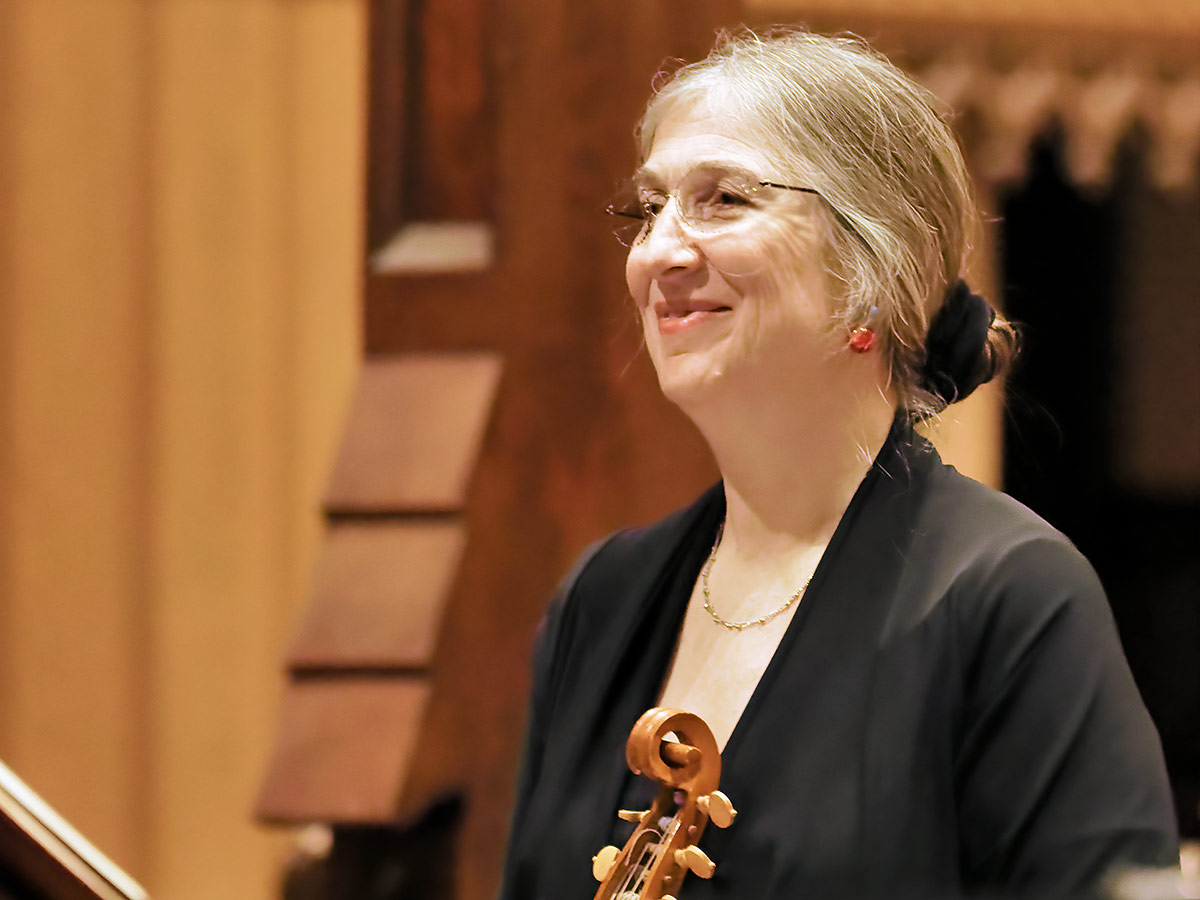 Rosamund Morley has performed on all the instruments of the viola da gamba family (from pardessus to violone, and their medieval ancestors) with numerous renowned ensembles as diverse as ARTEK, The Boston Camerata, The Crossing, The Folger Consort, The Four Nations Ensemble, Piffaro and the Yale Schola Cantorum under Masaaki Suzuki.  In addition to her role as a member of Parthenia, New York’s premiere consort of viols, she has played Vivaldi with the Venice Baroque Orchestra at Carnegie Hall, Charpentier at the Brooklyn Academy of Music with Les Arts Florissants,  and thirteenth century motets on tour in Europe with Sequentia.  As a member of the Waverly Consort she was fortunate to have seen much of the world in more than three decades of playing and touring with the group.  Ms. Morley is a sought-after ensemble coach who teaches throughout the USA and Canada, as well as at festivals and workshops in the UK and Italy.  Born in England, raised in Canada, she studied at the Royal Conservatory of the Hague in the Netherlands after having received an MA at the University of Toronto where she performed on the historic viols of the Hart House collection.  She maintains a studio in Brooklyn, NY, and conducts classes at the Neighborhood Music School in New Haven, CT where she plays with the Elm City Consort and has coached the viol consort for the Yale Collegium Musicum.   Since 2017 she has been the Music Director of the Conclave of the Viola da Gamba Society of America, and for many years directed and now co-directs the Viols West Workshop in San Luis Obispo, CA.