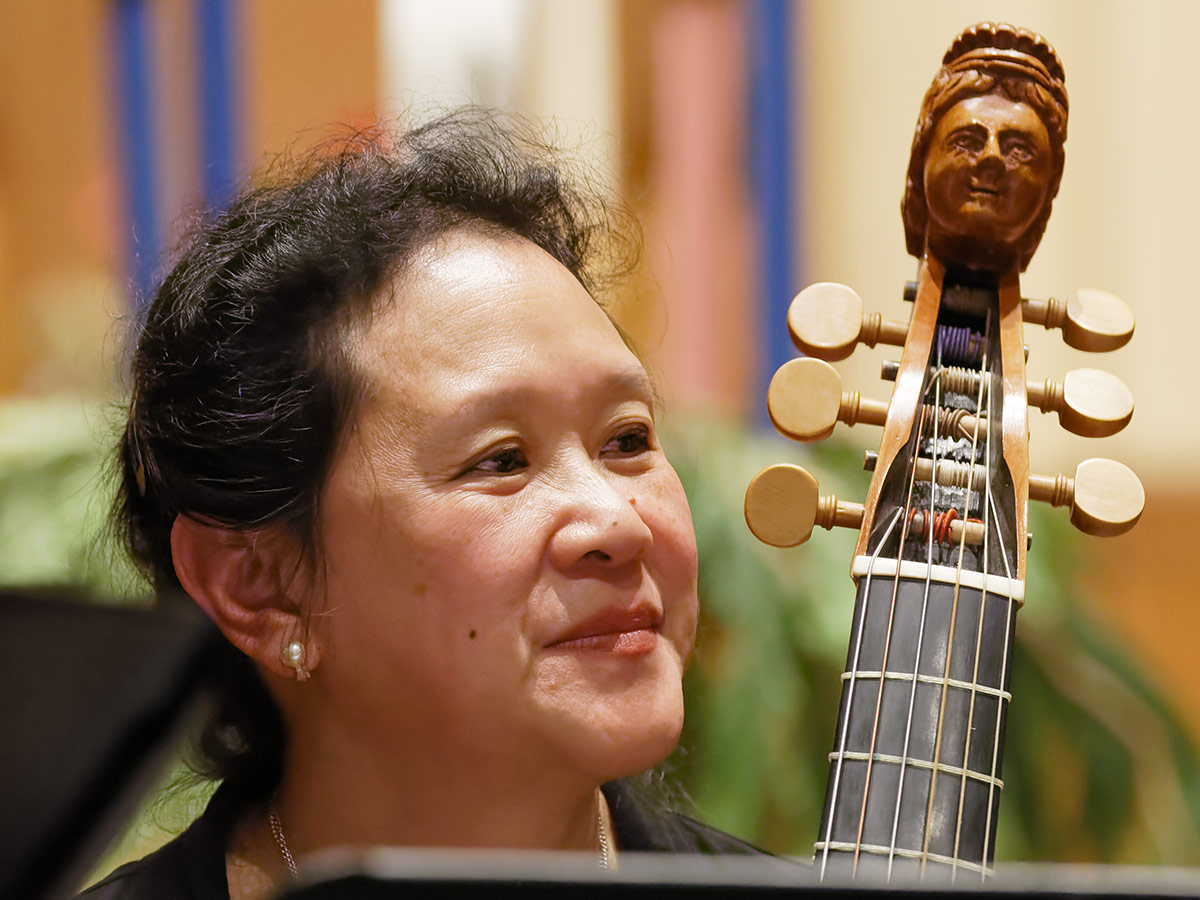 In addition to her extensive work with the viol consort Parthenia, BEVERLY AU has performed with many notable early music ensembles and series, including Bach Vespers at Holy Trinity, NY’s Ensemble for Early Music, Carnegie Hall Neighborhood Concerts, and The American Classical Orchestra. She received graduate degrees in cello and viola da gamba from the Mannes College of Music under Paul Tobias, Timothy Eddy and Martha McGaughey, and also studied with Wieland Kuijken in Innsbruck, Austria. Beverly has appeared on film (Al Pacino’s Looking For Richard, television (PBS’s City Arts), radio (WNYC), on the Broadway stage (The Tempest, starring Patrick Stewart), and off-Broadway (Romance of the Rose, The Ship of Fools, La Dafne, Semele, Dido and Aeneas, Cupid and Death, Venus and Adonis, all under the direction of the late Paul Echols; as well as in the ground-breaking theater pieces Blue Scene Gray, Flatlands Little Remarks, If Kansas Goes, Silent When Loaded, and Go Between Gettysburg, with Linda Mussman’s noted avant-garde ensemble, Time and Space Ltd). Her duo Spuyten Duyvil was semifinalist at the International Early Music Competition in Utrecht, The Netherlands. She was also a finalist in the Dorian/EMA recording competition as a member of the Ensemble for the Seicento. She has been a speaker at Chamber Music America’s National Conference, as an advocate of new music for viols. She has recorded on the MSR Classics, Evening Star, Gothic, Museovich and Buckyball Music labels.